Saturnia rises on a summit in the municipality of Manciano and dominates the famous thermal baths, whose sulphurous waters with a temperature of 37.5 degrees are renowned for their therapeutic properties.

The town was founded in Roman times along the Via Clodia near the Etruscan necropolis of Pian di Palma and the thermal springs already known at that time.

In the sixth century it was destroyed and its decline began.
In 1274 it became part of the County of Sovana under the Aldobrandeschi family, then in the fourteenth century it passed first under the Baschi family and then under that of the Orsini to then be controlled in the following century by the Sienese until the mid-sixteenth century, when it joined of the Grand Duchy of Tuscany. 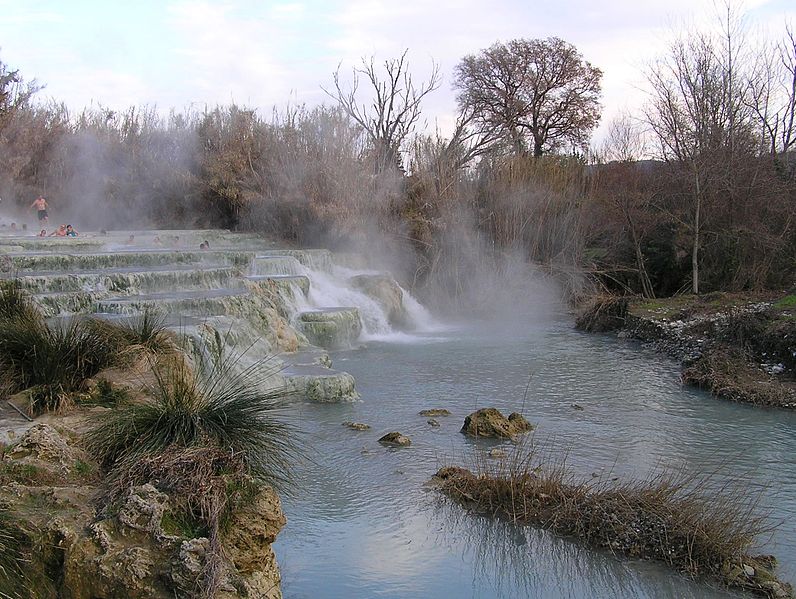