Not more than 30 km from Grosseto you can visit Magliano in Toscana , a little village in the Maremma hills, famous for its Etruscan settlements, built for the Necropolis of Heba, and built by its high walls, built between the Middle Ages and the Renaissance.

The territory of Magliano extends itself over 250 square meters nearby the territories of Grosseto, Scansano and Orbetello. The Tyrrhenian Sea on a short distance along the Uccellina Hills and including Cala di Forno.

During the Middle Ages, like other villages in the Grosseto area, Magliano became part of the Aldobrandeschi family’s lands and was included in the County of Santa Fiora. He stayed under their control until the 14th century and then passed under the domination of Siena.

In the second half of the 16th century it became a possession of the Medici family and therefore part of the Grand Duchy of Tuscany. 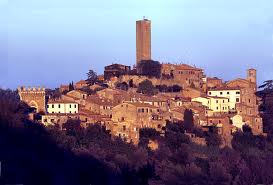