From the seventies they brought the Veneto to Maremma.

The union that makes strength

Since the seventies they have been bringing the Venetian in the Maremma.

The construction of the winery where the famous and renowned Poggio Ciliegio wine will be born.

Paolino Cecconello, in wartime from his family and then moved to Milan in the 1950s.

Become after humble jobs, a great and wise building contractor but always with dedication to the family. &
Vinicia Rascioni, Marche, spends her adolescence in the Maremma, then she also moves to Lombardy, fate makes her meet Paolino. & Nbsp;

But the chaotic life of the city makes him feel like leaving Milan for a quieter life.

Paolino with his architect, then goes down to Tuscany to be able to buy land where he can build his house.

What then will one day become his kingdom. Vinicia makes him a single recommendation, “seeks a hill with oaks” , finds it and sells everything a little later. & Nbsp;

Back in December 1973, they left Brianza with their two young daughters, Sabrina and Stefania, to move to the Maremma.

Then they will discover to be “bitter” just like the well-known song ” Bitter Maremma “ of ancient times, when there was malaria. & Nbsp;

Paolino and Vinicia are just two of the many creative and innovative minds that, coming from outside the borders of Toscana , have given a new spirit and a new impulse to its viniculture . & Nbsp;

The arrival soon turns out to be difficult but the tenacity of this united family does not let them break down.

Paolino as a good Venetian decides to plant the vineyard and make the cellar for family consumption.

The two interventions make us discover that we are on a pristine terrain, never touched by man.

Burglary brings to light spectacular fossils and many, many stones, to the extent that 73 mines are needed to prepare the ground where the cellar is to be built! & Nbsp;

It’s like being on a rock.
There is no electricity, water or telephone line, the campaigns in those years are very poor and the costs of the services are really high. It takes three years to complete the construction of the house and finally they can leave the house that hosted them in nearby Albinia.

Over the years the vineyard enters production, mainly red grapes, Sangiovese and Ciliegiolo are extraordinarily excellent but too many for their needs, so they are sold and leave as sample grapes for the Ligurian markets.
They begin to vinify small quantities of wine with the help of a dear farmer friend, also from Veneto. The wine is also very good, soon they equip the cellar and begin to bottle, but not enough. They are looking for a better enotechnic who believes in them, in the territory, in the authenticity, in the uniqueness of the product that receives many praises in the various events, including Vinitaly. The idea they pursue is to produce wines of excellent quality using indigenous vines as the semi-known cherry-tree considered a cenerentola of vines and sangiovese.
The level reached by this wine is so remarkable, that the Americans defined Paolino the “architect of the wine”.
The various events in ’88 lead them to the lucky meeting with Attilio Pagli, with the advice of this extraordinary wine-maker. The company assumes a professional dimension more suited to the times, reaching unexpected goals. The ancient love has remained the cornerstone of the philosophy of production and the first maker of his jewels.
In 1989, Poggio Ciliegio was born, a reserve obtained from table grapes pure cherry and the Poggio Capitana, a reserve obtained from grapes of pure sangiovese.
Today the company continues its research to always get the best out of its vines, the same ones that for a long time have not been appreciated as they should, but the positive mind of a man who believed in their potential to achieve the goal that he was entitled to it. 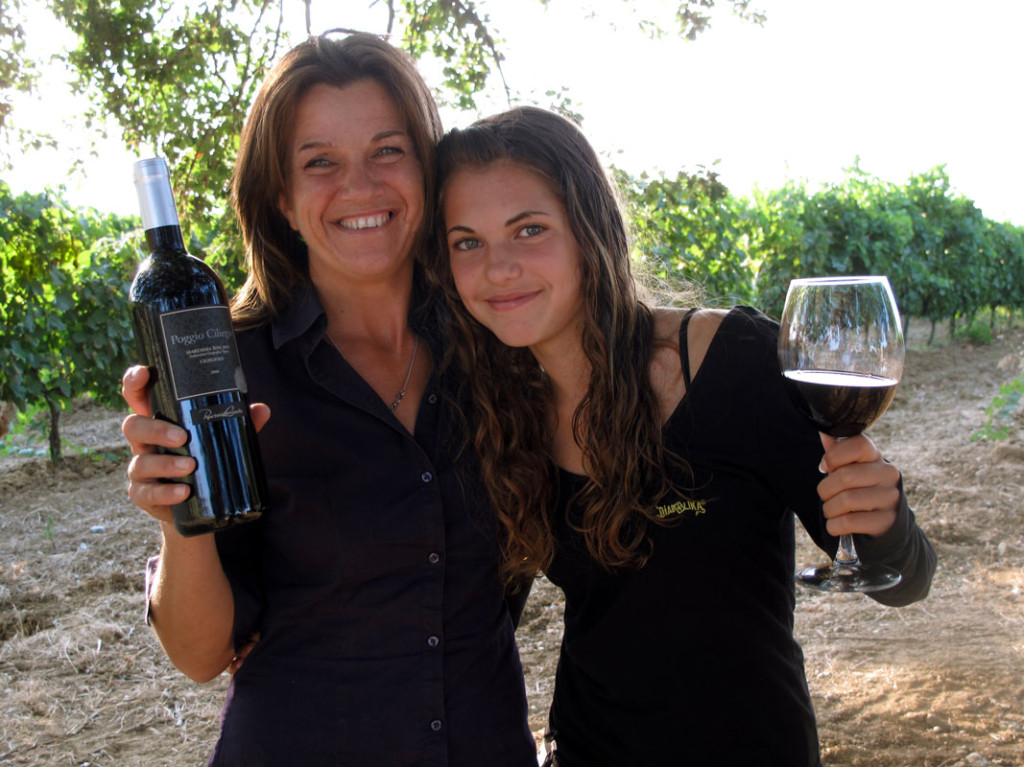 In 1989 Poggio Ciliegio was born, a reserve made from table grapes ciliegiolo in purity & nbsp; and Poggio Capitana , a reserve obtained & nbsp; from grapes of sangiovese in purity . & nbsp;

Today the company continues its search to always get the best from its vines, the same ones that for a long time have not been appreciated as they should.

Moreover, the positive mind of a man who believed in their potential made them reach the goal they deserved.